In November 2017, as part of my 2nd European road trip, I found myself in Venice.  Not completely by chance – I had plans.

A couple of years prior I had seen a video showing how Martyn Sibley was able to take a gondola ride in Venice seated in his wheelchair.  I love boat trips so naturally I had to have a go.

The drive to Venice from Monte Carlo had been pleasant and driving into Venice itself means a journey across a bridge which carries roads, railway lines, cycle paths and pedestrian pavements away from the mainland of Italy.

At the other end, actually the entrance to Venice, were armed soldiers and armoured vehicles, which was a little intimidating, but they just waved the traffic through in the direction of a small car park, where I was able to find a space and then found that disabled people paid just 2 Euro and could park all day, whereas everyone else had time limits.  Noting the soldiers nearby I did briefly wonder what would happen if you were to over stay your time…

Exiting the car park I approached the nearest building which was a ticket office for the water bus service, where long queues of people jostled to get through to the boat.  I noted that there was a separate area for wheelchair users to access the boat as well.

Having a look around and watching a few of these water buses go by, along with lots of other types of boat was fascinating.  I was almost tempted to grab a gelato from a nearby shop and sit there for a while but I had a ride of my own pre-booked and didn’t know where the jetty was that I needed.

Finding a map on my phone I located the jetty and made my way over, passing a funeral home whose staff were busy loading a coffin into a hearse, before I arrived at the correct place.  It was obvious which jetty was the right one as it had a lift attached to it, looking like a platform type lift that wheelchair users will have seen and used in various places.  In the water a gondola, beautifully turned out with polished wooden surfaces and glinting brass adornments. 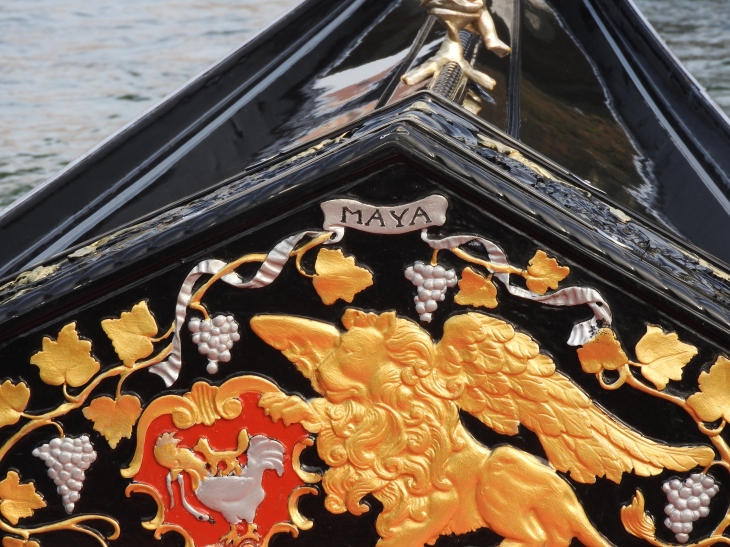 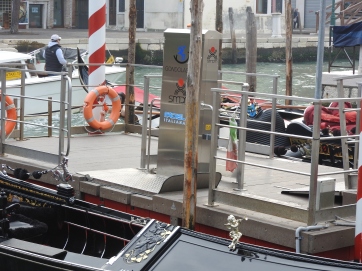 I approached the 2 men on the jetty and explained that I had booked a gondola, asking if either of them were the gondolier.  Disappointingly neither was wearing the stereotypical striped jersey and hat but one chap was indeed the gondolier.  Together they prepared the lift for use, which involved obtaining a wired industrial type remote control and plugging it in.  While one chap operated the controls the other helped position me on the lift and, after being swung out away from the jetty and over the water, I was lowered into the gondola which at first felt a little unnerving, especially on leaving the lift and entering the gondola proper as it was rocking and bobbing about with every movement and felt very unstable.

The gondolier then started positioning me in the boat, explaining that they are built asymmetrical for stability once the gondolier takes his position and starts to propel the boat.  This was something I’d never noticed or heard of before but once mentioned I could discern that the front wasn’t quite straight.

Whilst the gondolier was making everything ready for my trip the gondola was rocking a fair bit and I found myself holding onto the frame of my chair tightly, whilst realising that that wouldn’t be any help if the boat did overturn.

When he was ready we departed the jetty and headed out into the grand canal.  The width, amount of traffic and noise was staggering.  I noticed that as we were in motion the stability of the boat settled down and it felt very secure.  I started to enjoy the ride, taking photos and even a few seconds of video.  Here I was, riding a gondola in Venice!  Quite possibly a once-in-a-lifetime experience.  The architecture of the buildings lining the sides of the canal and the light fittings at corners were stunning. 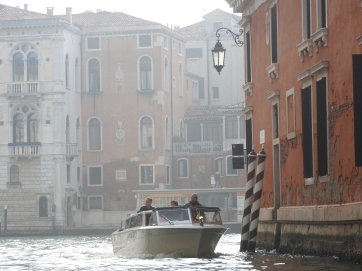 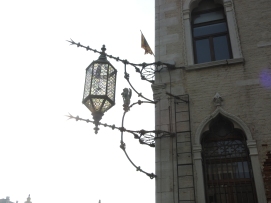 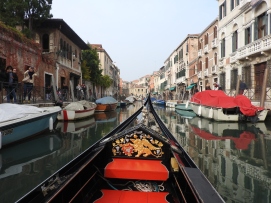 After a while on the grand canal we turned off and into narrower canals with quieter waters, where I spotted and marvelled at bins being emptied by workers on boats and a fire service garage full of red boats.

Even here in the quieter canals there were a good variety of boats, from other gondolas to pleasure cruisers and at one point a power boat, chugging past gently.

I did notice, as we passed under bridges, that a lot of people would turn, looking in our direction and smile, reaching for cameras and phones.  By the same token I was smiling back and taking photos of the bridges. 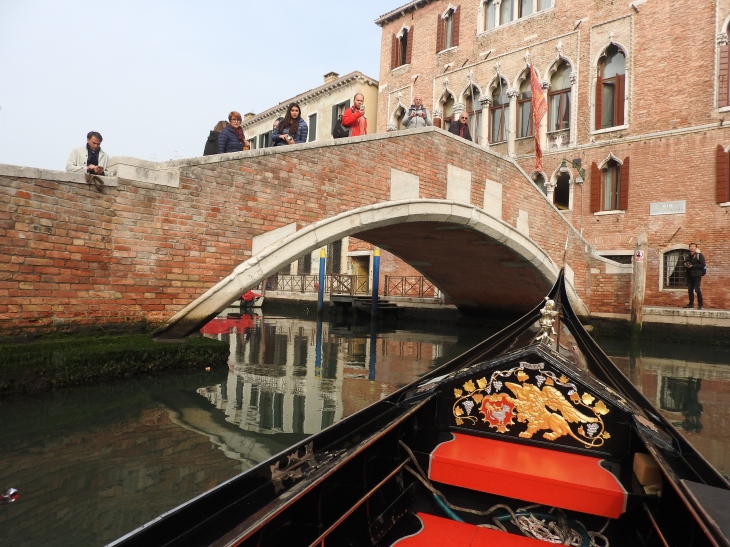 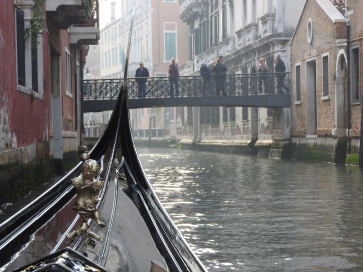 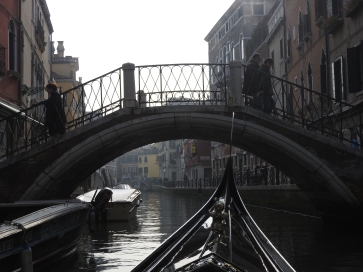 I had booked an hour-long journey and that hour flew by.  Soon we headed back to the jetty and, after being hauled out of the gondola by the lift, I was back on solid ground and handed over my 160 Euro to the lift operator.  Pricey but worth it. 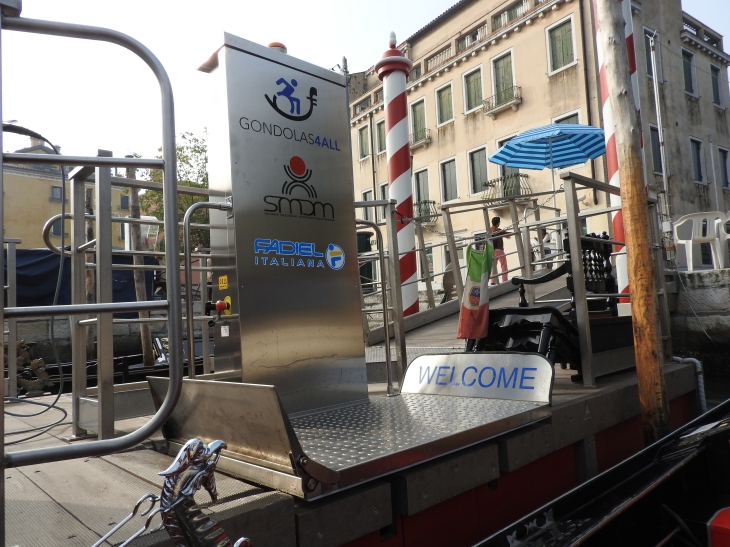 I headed back to my car and, starting the engine and getting myself together, I reflected on the fact that I had just taken a gondola ride around Venice, which is pretty awesome in itself, and I had done it without having to leave my chair.

I drove away, back over the bridge to the mainland and on, toward my next adventure.

I'm a writer and reviewer, IT bod, wheelchair user, partner and stepdad. I'm in South Yorkshire, England but my spiritual home is the Scottish Highlands. I mostly write about motoring, disability and employment. View all posts by Dan McIntyre

What do you think? Cancel reply

Follow Journeys In Words And On Wheels on WordPress.com